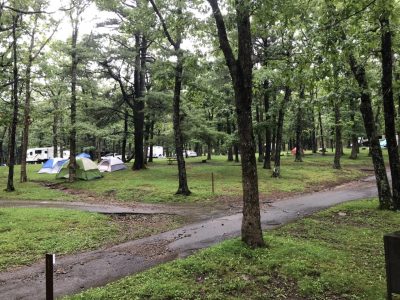 When you travel, weather is always a concern, but sometimes the results of weathermen are amazing. The location I’m visiting is Shenandoah National Park, and we planned to stay through a weekend. I obtained reservations for Wednesday and Thursday nights at Loft Mountain Campground, the more southern large campground in the park, and I had a spot at Big Meadows for Friday evening, but I needed one in Big Meadow for Saturday and Sunday nights. I checked the reservations for the park online for Big Meadows, and there were no reservable spots. It looked like all of the Washington DC metro area was heading to the mountains before the Labor Day weekend.

There are a number of first come, first served sites that should be available at Big Meadows for the days I needed on Saturday morning but I’ve played that scrum too many times. I decided that we would give up a night at Loft Mountain, cancel our reservation at Big Meadows, and get a first come first served site for the four days at Big Meadows, before everyone showed up for the weekend. We did that, and secured a reservation for all the time we needed. What I didn’t count on was Hurricane Laura. 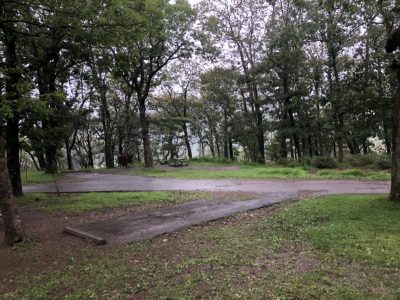 Friday morning the ocean of tent campers surrounding us receded, and everyone left. I figured that the weekend crowd would appear later in the afternoon. Listening to the weather forecasters, it sounded that the apocalypse was going to descend on the Blue Ridge Mountains. The forecast was for high winds, torrential downpours, the end of the world as we know it. The end was to arrive on Saturday afternoon. Friday evening was cloudy and the clouds intensified as the evening arrived. We returned to camp after a wonderful time at a vineyard. The mountain was in the clouds, so finding camp was a challenge. You have to see the road, in order to be able to drive on it.

We finally got to camp, leveled, and as I extended the slide, a thunderstorm rolled in. It was a dandy thunderstorm. Lightning rippled overhead at the beginning, and then ground strikes occurred just far enough away to be impressive, but not of a concern. The wind picked up to about 20 miles per hour, and the showers went from a drizzle to an intense, we can’t see anything downpour.

We were nice and dry in the motorhome, I have lights, a gas stove, refrigerator, libations, and food. The tent campers that surrounded us did not. Our site is on a hill, and several streams appeared and ran through the site. The fellow downhill of us was in a moderate sized tent. He placed the family in the car, broke camp in a drizzle, and left around midnight, while I was falling asleep in my warm bed. I tent camped for many years, and have awoken up to a river running though the tent on a number of occasions. Tent camping is fun, but that day has passed, except for special occasions. I felt for the fellow in the tent; he endured the worst of the storm. 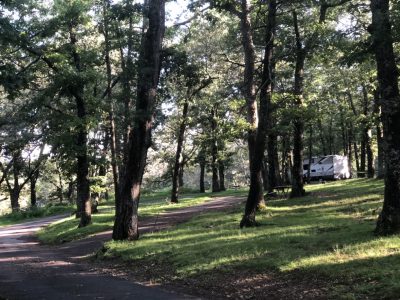 When we woke up on Saturday morning, it was a little overcast, and we tried to determine when the hurricane would arrive. Nothing on the TV, nothing on the internet. It was as if “Laura? A hurricane? What hurricane?” had occurred. The campground was empty of people, and it wasn’t until late afternoon that people started to partially fill up the place. As the day progressed, the clouds cleared, patches of blue skies surrendered to all blue skies and a sunny day. We didn’t schedule anything, due to the storm, so Mary Ellen conducted business, I organized things that had needed organization for months, and made repairs to things that have been on my list for far too long. We took a walk, relaxed, made plans for Sunday, and talked and enjoyed the day. 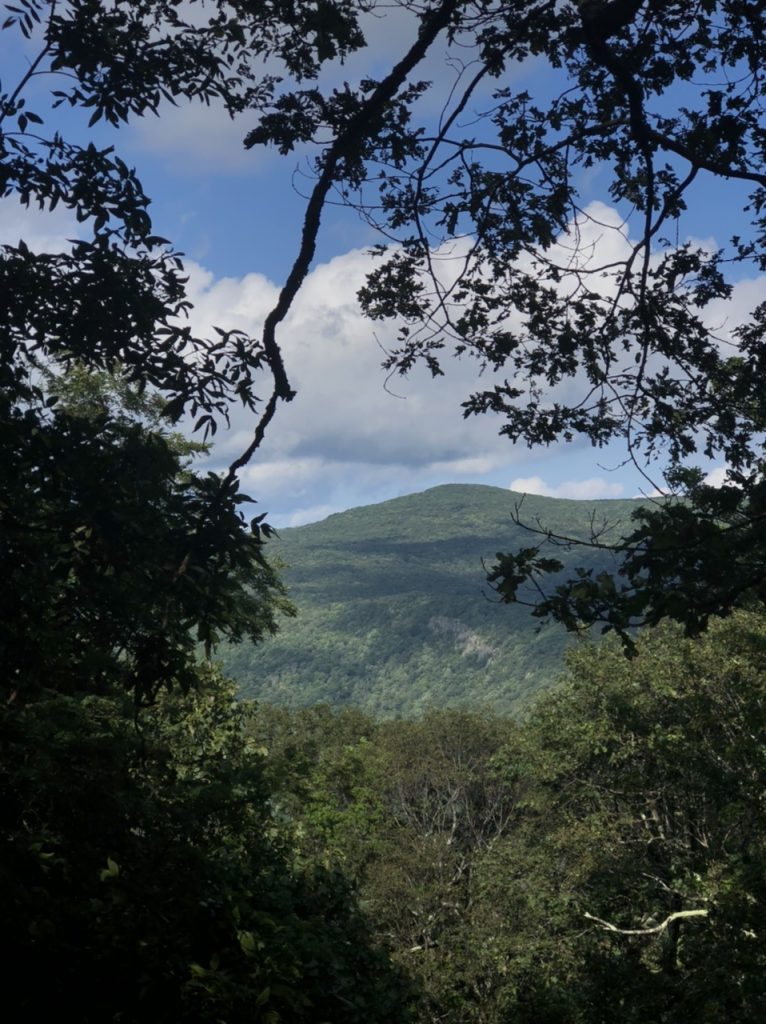 It’s a shame that people’s plans were ruined by the anticipated weather, that really wasn’t that bad, but we enjoyed the weather and the campground. I suppose in life, that some days you have to be either the bug or the windshield. Today it was our turn to be the windshield. Tomorrow? Well, life is a balance.

1 thought on “Hurricanes that Disappear”